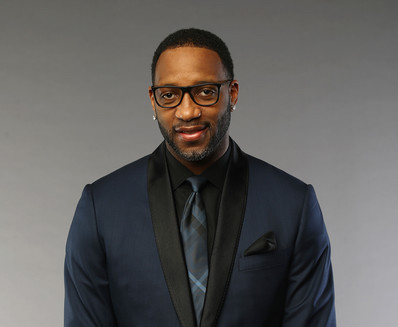 Tracy Lamar McGrady Jr. is an American former professional basketball player, best known for his career in the National Basketball Association (NBA). McGrady is a seven-time NBA All-Star, seven-time All-NBA selection, two-time NBA scoring champion, and one-time winner of the NBA Most Improved Player Award. He was inducted into the Naismith Memorial Basketball Hall of Fame as part of the Class of 2017.

McGrady entered the NBA straight out of high school and was selected as the ninth overall pick by the Toronto Raptors in the 1997 NBA draft. Beginning his career as a low-minute player, he gradually improved his role with the team, eventually forming an exciting duo with his cousin Vince Carter. In 2000, he left the Raptors for the Orlando Magic, where he became one of the league's most prolific scorers and a candidate for the NBA Most Valuable Player Award. In 2004, he was traded to the Houston Rockets, where he paired with center Yao Ming to help the Rockets become a perennial playoff team. His final seasons in the NBA were plagued by injuries, and he retired in 2013 following a brief stint with the Qingdao DoubleStar Eagles of the Chinese Basketball Association (CBA) and the San Antonio Spurs.

Since retiring, McGrady has worked as a basketball analyst for ESPN. From April to July 2014, he realized his dream of playing professional baseball, pitching for the Sugar Land Skeeters of the Atlantic League of Professional Baseball.