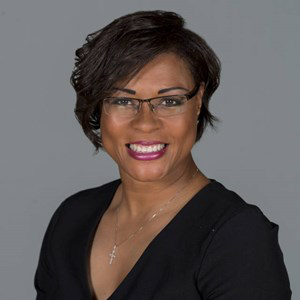 Nikki Fargas knows success and what it takes to be successful. Entering her tenth season at the helm of the LSU Women’s Basketball program in 2020-21, Fargas is driven to keep the Tigers on the national stage.

"We are doing everything in our power to ensure that LSU Women's Basketball is at that elite level, that we are competing for SEC championships, and that we are positioning ourselves to cut down nets,” said Fargas.

Fargas has produced five 20-win seasons and an overall record of 168-116 in nine seasons at LSU. Her 168 victories rank her as the second-winningest women’s basketball coach in school history in terms of total wins, behind legendary coach Sue Gunter. In her first nine seasons, LSU secured six NCAA Tournament appearances highlighted by back-to-back trips to the NCAA Sweet 16, and 28 victories over ranked opponents. A seventh appearance in the NCAA Tournament was anticipated before the 2019-20 season was shortened by the COVID-19 pandemic.

Fargas, the former Nikki Caldwell who won national titles as both a player and an assistant coach at Tennessee and turned UCLA into a national power in just three years, has that combination of outstanding in-game coaching ability and tremendous recruiting competence. In addition, Fargas has been a leader off the court in the Baton Rouge community, helping the Tigers connect with the city of Baton Rouge while donating their time and efforts to making a difference. She and her Tigers were heavily involved in assisting residents and local church communities following the devastating flood in August 2016 that impacted thousands of people in the area. In recent years, the team has partnered with several entities, including the Gardere School and Mary Bird Perkins Cancer Center at Our Lady of the Lake Hospital.

In 2010, Fargas joined the Board of Directors for the Kay Yow Cancer Fund and is currently serving on the Executive Committee as the Vice Chair. LSU women’s basketball was joined by the men’s basketball team and gymnastics team during the 2019-20 season in its efforts to promote awareness and raise funds for resources to assist those in underserved regions gain access to care as they battle cancer through the Play4Kay initiative.

The Oak Ridge, Tennessee, native owns an impressive 644-218 record as a player, graduate assistant, assistant coach and head coach dating back to her freshman season at Tennessee.

In the classroom, LSU has been a shining example of the definition of student-athlete. The Tigers have recorded a perfect score of 100 in graduation success rate released by the NCAA during three seasons under Fargas. For players who have exhausted their eligibility at LSU, Fargas boasts a 100-percent graduation rate. In her nine seasons at LSU, the Tigers have earned 28 SEC Academic Honor Roll accolades.

‍Fargas is a passionate crusader for breast cancer awareness. She and former Tennessee colleague Holly Warlick founded the non-profit organization, Champions for a Cause. Since 2007, they have raised over $300,000 through Cruisin' for a Cause, a long-haul motorcycle adventure to raise dollars and awareness for a cure for breast cancer.

In the spring of 2011, Fargas' journey navigated through the Midwest and ended in California. The 2012 ride began with a fundraiser in Baton Rouge and continued to New Orleans where both Fargas and Warlick visited patients at a hospital. Fargas and Warlick chronicle their cross-country rides on their website, http://www.cruisinforacause.com/.

Fargas has been prominent in the Baton Rouge community since her arrival, making appearances at the Baton Rouge Food Bank and schools in the East Baton Rouge Parish system. The Tigers show their commitment to service and are involved in numerous community initiatives. A few examples are the Alzheimer's Services Walk/Run to Remember where the team has served as honorary starters and making regular visits to Charlie's Place, a respite center for Alzheimer's patients.

The Baton Rouge Business Report named Fargas to the area's "Forty Under Forty,” which recognizes stars in the community. In May 2013, Fargas was elected to the Women's Basketball Coaches Association Board of Directors.

Fargas, was raised in Oak Ridge, Tennessee, by her mother, Jean Caldwell. She and her husband Justin Fargas are the proud parents of a daughter, Justice Simone. Justice was born on March 6, 2012, just two days after the LSU had played against Tennessee in the 2012 SEC Championship game in Nashville. Her father-in-law is actor Antonio Fargas, known for his portrayal of Huggy Bear in the 1970s TV series Starsky & Hutch.

Fargas’ niece Khayla is a senior on the 2020-21 team and the daughter of her younger sister, Simone. Her uncle, Mike Caldwell, played 11 seasons in the NFL as a linebacker. He currently serves as the inside linebackers coach for the Tampa Bay Buccaneers.