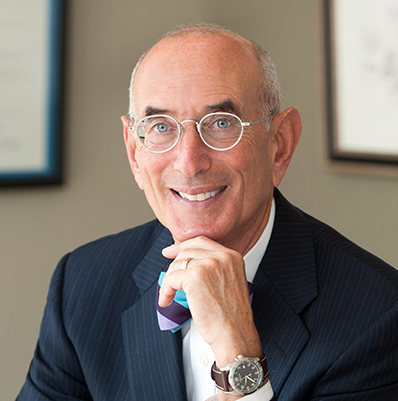 Founder and Chair of Hausfeld

Michael Hausfeld, widely recognized for his leadership on competition matters and his groundbreaking cases in human rights law, is the Chair of Hausfeld. Michael’s distinguished career has included some of the largest and most successful class actions in the fields of human rights, discrimination and antitrust law.

Michael has an abiding interest in social reform, and has been a part of some of the most groundbreaking cases in that arena both in the U.S. and around the world. Michael was among the first lawyers in the U.S. to assert that sexual harassment was a form of discrimination prohibited by Title VII, and he successfully tried the first case establishing that principle. He has represented Native Alaskans whose lives were affected by the 1989 Exxon Valdez oil spill and later negotiated a then-historic $176 million settlement from Texaco, Inc. in a racial-bias discrimination case. In Friedman v. Union Bank of Switzerland, Michael represented a class of Holocaust victims whose assets were wrongfully retained by private Swiss banks during and after World War II. The case raised novel issues of international banking law and international human rights law. In a separate case, he also successfully represented the Republic of Poland, the Czech Republic, the Republic of Belarus, the Republic of Ukraine and the Russian Federation on issues of slave and forced labor for both Jewish and non-Jewish victims of Nazi persecution. He has represented individuals and NGOs in litigation alleging liability for aiding and abetting the South African system of apartheid.

Michael has a long record of successful litigation in the antitrust field, on behalf of individuals and classes, in cases involving monopolization, tie-ins, exclusive dealing and price fixing. In the landmark O’Bannon v. NCAA litigation, Michael represented a class of current and former Division I men's basketball and FBS football players against the NCAA and its member institutions, based on rules foreclosing athletes from receiving compensation for the use of their names, images, and likenesses. At the conclusion of a three-week bench trial, the Court determined that the NCAA had violated the antitrust laws and issued a permanent injunction as requested by the plaintiffs. He was a member of the ABA Antitrust Section’s Transition Taskforce, which advised the incoming Obama Administration, and has chaired the ABA’s Civil Redress Committee. Michael has been co-lead counsel in antitrust cases against manufacturers of genetically engineered foods, managed healthcare companies, bulk vitamin manufacturers, technology companies, and the world’s largest banking institutions. He is involved in ongoing investigations of antitrust cases abroad and pioneering efforts to enforce competition laws globally. He was the only private lawyer permitted to attend and represent the interests of consumers worldwide in the 2003 closed hearings by the EU Commission in the Microsoft case.