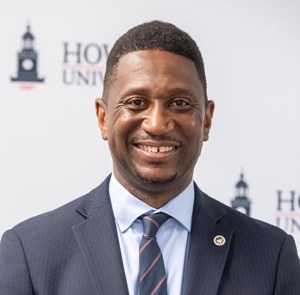 Blakeney brings a wealth of experience and a winning pedigree to the program. He has coached at seven Division I universities over a 12-year span. He has been associated with winning as a player, coach and business entrepreneur.

Raised in Washington, D.C., Blakeney was a McDonalds All- American and Gatorade Player of the Year at the famed DeMatha Catholic High School, playing for Hall of Fame Coach Morgan Wooten, the winningest high school coach in history.
Following his stellar scholastic career, Blakeney headed to Durham, N.C., to play for the Duke Blue Devils under the direction of Head Coach Mike Krzyzewski. During his Duke career, the Blue Devils compiled a record of 99-34 which included winning two national championships.

After receiving his bachelor’s degree in history from Duke, Blakeney secured his first coaching position as the assistant men’s basketball coach at James Madison under Hall of Fame Coach Lefty Driesell.

Blakeney later moved on to the men’s basketball staff at LaSalle University where he recruited and developed Rasual Butler, a 2002 NBA draft pick for the Miami Heat.

Blakeney then moved on to the University of Delaware where he served as the Head Assistant under now current Notre Dame coach Mike Brey. During his time in Delaware, Blakeney conducted coaching clinics and lectured in Senegal and Turkey as part of NBA educational efforts.

He also assisted in the recruitment of three nationally ranked recruiting classes from 2003-06 at Delaware. Blakeney lectured in the physical education department, coordinated community relations events and initiated a marketing campaign called the “6MAN”.

After one-year stints at St. Bonaventure and Marshall, Blakeney went on to have a successful career at Harvard University. Working under Head Coach and former Duke standout Tommy Amaker, he assisted in capturing the program’s first Ivy League Title and NCAA Tournament berth since 1946. Blakeney also helped recruit two back to back Top 50 recruiting classes in 2008 and 2009, with the 2008 class being named to the ESPN Top 25. He also discovered and developed 10-year NBA veteran Jeremy Lin.

After his four years at Harvard, Blakeney co-founded a fashion accessory company named Sportin’ Styles. Additionally, he joined apparel giant Under Armour where he worked with NBA, College and Grass Roots division. In 2018, he returned to the sidelines and the Ivy League at Columbia University.