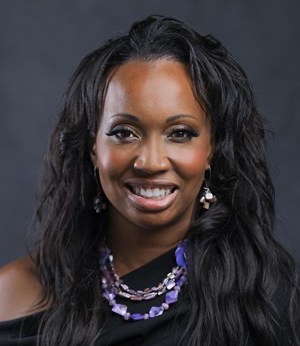 Furman Hall of Famer Jackie Carson is the head coach of the Paladin women’s basketball program.

Solidly entrenched as head coach at her alma mater, for which she once starred as a player, Carson has revitalized a program that suffered through five consecutive losing seasons prior to her arrival. Under her guidance the Paladins have finished below .500 in league play just once, and, in 2019-20, led them to their second 19-win campaign, finishing at 19-12 overall highlighted by an 11-3 home record.

Furman’s turnaround under Carson began almost the day she returned to campus in 2010. In her first year the Paladins, bereft of any recruiting additions and a SoCon coaches preseason No. 10 pick, started 6-3 in league play, highlighted by a home win over eventual league regular season champion Appalachian State. In winning five of its final six games to finish with 14 victories, thereby doubling the program’s win total from the year before, Furman leaped from 11th to fifth place in the standings and jumped from a 4-16 league mark to a 10-10 SoCon ledger, making the Paladins to league’s most improved team in 2010-11.

The strides continued in year two as Furman, with only one senior starter and a host of newcomers, again won 10 league games, including a 75-61 triumph over Chattanooga in Greenville that halted an embarrassing series losing skid to the Mocs. In addition, the Paladins defeated Conference USA member Marshall and picked up their first SoCon Tournament victory under Carson.

In 2014, the big dividend arrived with an 18-13 season, highlighted by an 11-2 home record and second place league finish — the program’s best in over a decade. In addition, the Paladins produced two All-SoCon First Team selections for the first time since the 2004-05 campaign and landed a bid to the NIT — another program first. Those accomplishments netted Carson consensus Coach of the Year honors, making her the first person in league women’s basketball history to garner both player of the year and coach of the year accolades.

The success continued the following year as the Paladins went 19-14 and secured the program’s first bid in the Women’s Basketball Invitational (WBI) Tournament.

In 2017, the Paladins dealt Chattanooga, the eventual SoCon Tournament champion, their first league loss of the season with a 65-48 triumph in Greenville, halting the Mocs’ seven-game winning streak, and in 2018 Furman notched its first season sweep of Chattanooga since 2002 on the way to a second round appearance in the WBI.

That Carson could quickly transform Furman’s basketball fortunes may have surprised many but not those who know her and appreciate her talent and commitment to recruiting, on-the-floor coaching, preparation, intensity, execution and overall passion for the game. It is those same qualities, underscored by a deep and abiding dedication to her players and to their athletic and intellectual development, that has many fans of the purple and white sold on the future of Paladin women’s basketball.

After bringing in a solid recruiting class in her first year that included 2011-12 SoCon Freshman of the Year forward Brittany Hodges, Carson’s second recruiting haul stoked the embers of excitement by including 2012-13 SoCon Freshman of the Year forward Holli Wilkins, who graduated as Furman’s fifth all-time leading scorer. Among the newcomers featured in her third class was standpoint point guard Whitney Bunn, a consensus three-time All-SoCon selection who blew away Furman’s assist standards on the way to brilliant career that saw her finish as the Paladins’ fifth all-time leading scorer (1,538 points) despite suffering a career ending injury seven games prior to season’s end.

In 2017-18, Furman produced three All-SoCon performers for only the second time in program history. The trio included forward Cierra Carter, who finished her career as the program’s 10th all-time leading scorer (1,383 points) and fifth in rebounding, guard Le’Jzae Davidson, and forward Celena Taborn. Davidson concluded her Furman career as the program’s all-time 3-point leader and third in scoring with 1,753 points.

A Woodbridge, Va., native, and 2000 Furman graduate who served as an assistant coach at James Madison for five seasons (2006-10), including the final two as associate head coach and last four as recruiting coordinator, Carson was named Furman’s ninth head coach in April of 2010.

During Carson’s five-year tenure at James Madison, the Dukes posted a 125-40 record (.758), including a 74-16 mark (.822) in the Colonial Athletic Association (CAA), and advanced to postseason tournament play each year. The string of postseason berths included NCAA Tournaments in 2007 and ‘10, as well as Women’s National Invitation Tournament (WNIT) appearances in 2006, ’08, and ’09.

In 2007, her second season on staff, James Madison posted a 27-6 slate and advanced to the NCAA Tournament after a regular season that featured wins over Clemson and Wake Forest.

That same year she was among a select number of coaches chosen to participate in the Black Coaches Association’s “Achieving Coaching Excellence” program. The program, for ethnic minority male and female basketball coaches, is a collaborative effort of the BCA, the NCAA Office of Diversity and Inclusion, the NCAA Minority Opportunities and Interests Committee, and the NCAA Committee on Women’s Athletics.

It was during her time at James Madison that Carson gained notoriety on the national level with a “Rising Star” Award, presented to five associate or assistant coaches by BasketballScoop.com and ONS Performance in recognition of recruiting, player development, team development/scouting, leadership, and administration.

Prior to going to James Madison, she spent two seasons as an assistant coach and recruiting coordinator at Bucknell (2004-05). In her short tenure there she played a key role in recruiting Patriot League All-Rookie Team honorees Hope Foster and Kesha Champion, who went on to garner league player of the year and defensive player of the year honors, respectively, while leading the Bison to a 20-11 campaign and Patriot League crown in 2007.

One of the finest players in Furman women’s basketball history, she led the Paladins in scoring and rebounding and earned First Team All-SoCon honors and team MVP accolades as a sophomore, junior and senior. The standout forward was named SoCon Player of the Year in 1998 and 1999, and served as team captain her final two seasons. She also garnered three SoCon Academic Honor Roll tabs.

Many of her statistics rank among the finest ever posted by a Paladin, including points (1,920/2nd), points per game (16.8/4th), rebounds (1,057/2nd), rebounds per game (9.3/7th) and blocks (99/4th). She scored a school record 37 points against Middle Tennessee State her junior year, and her 724 career free throws and 52 double-doubles (points/rebounds) are still program standards, as are her 12 SoCon Player of the Week scrolls.

Honored as Furman’s 1999 Edna Hartness Female Athlete of the Year, she was inducted into the University’s Athletic Hall of Fame in 2005 in her first year of eligibility and in November of 2009 became only the third player in program history to have her jersey (No. 22) retired.

Following graduation in 2000 with a degree in health and exercise science, she played for professional teams in Belgium and Israel for two years before entering the coaching ranks.